"One of a kind experience! I will be forever grateful!!" (Brook, MI)

One of our most important tours in the Holy Land. A sacred visit to the place where Jesus was born. The city of Bethlehem provides you with an outstanding opportunity to absorb the spirituality of the area and learn about the historical and biblical value of the land of Jesus Christ.
In most tours tourist require to change cars at the check-point (since Bethlehem located within the Palestine Authority territories). With My Israel Guide you will do the whole tour in one luxurious-air conditioning vehicle and accompanied by a professional driver-guide. Your Bethlehem private tour includes a visit to:

Milk Grotto
From the Church of the Nativity, your private tour guide will take you to the ‘Milk Grotto’, also known as the Franciscan Grotto of Lady Mary, a large underground cave with a Franciscan chapel built on top, believed to be the place where Mary and Joseph found refuge for Jesus from King Herod.

Bansky graffiti sighting.
We shift gears from Christian religion to street art politics and take you on a tour of Bansky’s work. The famed and reclusive British street artist took the city of Bethlehem by storm in 2005 and used the city’s walls to display his take on the conflict between Israel and Palestine.

Shepherd’s fields
In the outskirts of the city, we’ll take you to see Shepherd’s fields. Filled with beautiful shrines shrined and a stunning chapel, these fields are believed to be the place where the Shepherds saw the Star of Nativity on their way to visit Jesus.

Yes. Bethlehem is the most touristic city in the Palestinian Authority and have lots of security guards and Palestinian police (Uniformed and undercover). However, if there will be any warning or security tension we will now about it in advance and act accordingly.

Do we need to change cars at the check point when we are crossing to Bethlehem?

No Need. With my Israel Guide you will get picked up from Jerusalem or Tel Aviv and stay with one car the whole trip to Bethlehem and back. 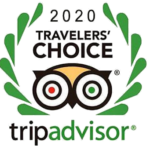